A woman named Sam, from Saltspring Island in British Columbia posted this excellent piece or her blog One Chosen Family.  I became aware of it when she commented on one of my posts last week (Making “On-line” Face to Face). I pretty much agree with everything she has to say, but I will let her say it.  I have copied the whole piece but here is a link to her post directly as well.  If you click the link you will find the video clip to which she refers at the end of the post:

Oh, and thanks a bunch, Sam! 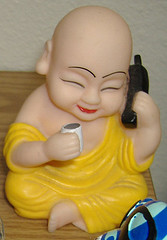 I recently  watched Ethan Nichtern’s  talk called  “The Internet Is Not Your Teacher.”  which explains why, if you are seeking spirituality on the internet, your meanderings are doomed to superficiality. I’ve summarized 4 reasons, drawing mostly from his talk (thanks to Buddhist Geeks for including a transcript!).

First-off, Nichtern discusses the “cheapening of knowledge and wisdom.” In some ways, it is actually too easy to access ancient spiritual knowledge. What once would require months or years of treacherous pilgrimage now takes two keywords and search engine – all of 3 seconds. As with all things in our dual universe, this is both good and bad (the so-called  good and bad are “co-emergent” says Nichtern).

Good because every person can receive the most powerful spiritual teachings in human history literally at the touch of a button. As Nichtern jokes, “There’s not a single Vajrayana teaching that I’ve ever received an empowerment for that you couldn’t Wikipedia right now.”

Bad because there’s so much and it’s so easy to get, we don’t really pay attention to any of it. We don’t absorb and hardly even value the teachings we receive. We get what we pay for.

Nichtern explained it this way:

“In the ancient world to even learn how to follow your breath was quite a journey over mountains or requesting teachings for a long period of time. And because it was quite a journey, you took the instructions that you received as important… When you think what you’re receiving is important, you tend to take more time to absorb and integrate it into your experience, which is the whole point of how these teachings work.”

A confounding problem is that when anyone can put on their ‘guru’ hat and proclaim ultimate wisdom to the world wide web, it is nearly impossible to evaluate which teachings are accurate and which are misleading.  We spend far more time skimming and evaluating search results than we do sitting with a profound lesson delivered online.

Like the Rime of the Ancient Mariner, there is “water, water, everywhere,” but we do not value and do not drink. 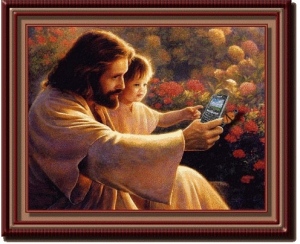 2. The Scattering of ‘Surface Dharma’

Podcast Dharma, Youtube Dharma, Facebook Dharma – these are the dharmas of social media, the dharmas that expand only to 140 characters, a truncated Rumi quote on Facebook, a 3-minute YouTube video on our innermost presence that we posted to boost our blog traffic. How easily we slip in and out of online sacred space!

Nichtern says he actually loves “the fact that people can receive in their inbox a little [reminder to] just ‘be compassionate today’. And then people say, oh yeah, I got that quote from Sharon Salzberg in my inbox and I remembered to be compassionate when I was in traffic.” Personally, I greatly enjoy my Facebook feed, which is well padded with daily insights from a smattering of spiritual organizations and writers.

“That’s great,” Nichtern warns,  “But we should understand that it’s surface.”

Now surface stuff isn’t all bad. And yet too much focus on superficial messages is no help to a genuine seeker.

Why is this a problem? Nichtern says:

“Because when we dwell on the surface what starts happening is you start to be a scatterbrain. And in terms of attention, depth requires you to actually not be a scatterbrain. That’s almost the definition of depth. That you would actually be able to stay with something to penetrate it and to go deeper.”

And honestly I think we only can be profoundly influenced by so many things in a day! Also in my experience, passing around quotes and passages without taking the time to deeply study and understand them in their context makes us prone to misinterpreting, misunderstanding, and flat out missing the real message. Or worse yet, we circulate teachings on the superficial level long enough and they become cliches – meanwhile we’ve numbed ourselves to their potential wisdom.

3. The Limits of DIY Spirituality

“The interesting thing about this term [DIY] is that it started as an anti-consumerist phrase but it actually means you get to consume in the way you want,” points out Nichtern.

Spiritual development usually involves moving away from our ego (with which we are identified) to a purer, more present, more authentic state (which sounds alien when it is first explained to us). The ego is the king of DIY. To the ego, DIY spirituality means re-contextualizing spiritual teachings to enhance its survival rather than threaten it. When we seek to define our own spiritual path for ourselves, we run the risk of feeding our ‘new’ ego, our ‘spiritual’ ego instead of moving towards transcending the ego.

About his own experience with a live spiritual teacher, Nichtern says, “My teacher a lot of times says if you’re going to ask a teacher for advice you should actually do what they say. Chances are they’re going to tell you to do something you didn’t want to do in some small way. That’s what doing something good for you is, right? You have to do something that’s outside of the framework of your habitual apparatus, which means it doesn’t feel immediately good…We don’t like to give up control and freedom of choice, but this is actually what happens when we surrender to spiritual teacher.”

The escape route out of the DIY trap is to find a spiritual teacher, to choose someone who you believe through-and-through has the ‘goods,’ that is, the spiritual insight that you need. Now this has also gotten people into a lot of trouble, who were seduced by some charismatic figure whose intentions were atrociously flawed and whose teachings were baloney. So choose carefully. In 10 seconds of Googling I found a great post that offers 15 questions you should ask before seeing a guru. Surrender is preceded by careful selection and reasoning.

I can hear you pleading, “but Sam! Isn’t life is my guru? Can’t the universe be my teacher?” Absolutely. But I really want to link to this ‘touche’ Christian post I read last week called “Spiritual but not Religious? Please Stop Boring Me,” wherein Lillian Daniel writes:

“Where life with God gets rich and provocative is when you dig deeply into a tradition that you did not invent all for yourself.”

Life is your guru. Your Higher Self truly is your guru. But your ego will trick you into finding patterns where there are none, drawing conclusions out of error, and generally play with your spiritual seeking to meet its own needs for survival. You have been warned!

4. We Need to Learn from Real Live Humans

“I think if we’re going to actually have something to say to the world,” Nichtern says, “We have to participate in human sangha.”

Lillian Daniel writes this about the person sitting next to her on the plane who finds God in “sunsets” and “walks on the beach” (note that she, nor I, discount finding God in nature):

“Thank you for sharing, spiritual but not religious sunset person. You are now comfortably in the norm for self-centered American culture, right smack in the bland majority of people who find ancient religions dull but find themselves uniquely fascinating. Can I switch seats now and sit next to someone who has been shaped by a mighty cloud of witnesses instead? Can I spend my time talking to someone brave enough to encounter God in a real human community?  Because when this flight gets choppy, that’s who I want by my side, holding my hand, saying a prayer and simply putting up with me, just like we try to do in church. “

Human relationships – with teachers yes but also with sangha, or spiritual community – are sooooooo important. These personal and intimate connections are really where the rubber meets the road. You will learn more from the divine in an argument with your spouse than you could in 10 New York Times bestsellers. The snot that the fellow meditating next to you atomizes over your shoulder and lap while he sobs will do much more for you than a Kony 2012 or equivalent YouTube tearjerker. If you want to feel spirit alive in you, in your breath and guts, then take Nichterns advice and turn your computer off for a while and go find real people:

“And that’s the key deeply understanding these teachings and making human connections with each other.”